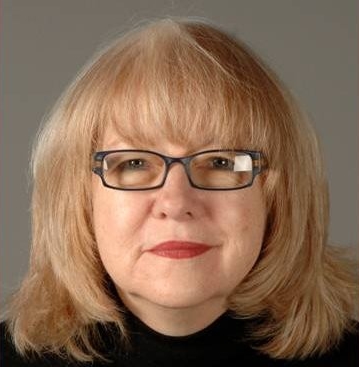 Cindy Hounsell is the President of WISER, the Women’s Institute for a Secure Retirement. Ms. Hounsell has testified before Congress, served as a delegate for a number of White House Summits and conferences including the last two White House Conferences on Aging, the White House Social Security Conference and each of the National Retirement Saver Summits. She has written several chapters, columns, articles, op-eds, papers and booklets on women and retirement. Two booklets—What Every WOMAN Needs to Know About MONEY And RETIREMENT: A Simple Guide, and What Everyone Needs to Know About Money and Retirement—appeared as inserts in Good Housekeeping magazine to a readership of over 26 million.

Ms. Hounsell provides technical assistance to several national organizations, as well as provides training to leaders and grassroots advocates around the country as part of her role as director of the National Education and Resource Center for Women and Retirement Planning, funded by the U.S. Administration on Aging.

Ms. Hounsell was recently appointed by Secretary of Labor, Hilda Solis, to the ERISA Advisory Council to represent the general public. Ms. Hounsell was also appointed and served for two years on the Advisory Panel on Medicare Education (APME) representing the field of retirement and financial planning. She serves on the Boards of the National Alliance for Caregiving and STRIVE-DC, as well as on the Advisory Council of Wider Opportunities for Women’s Elder Economic Security Initiative, and the Financial Services Roundtable’s Retirement Advisory Council. Ms. Hounsell is a member of the National Academy of Social Insurance. Women’s eNews named her as one of 21 Leaders for the 21st Century. Recently, The National Adult Protective Services Association recognized Ms. Hounsell for her leadership and commitment to older women’s issues by presenting her with their 2011 NAPSA Collaboration Award.