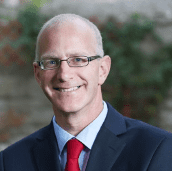 Liam O’Sullivan works as the Executive Director of Care Alliance Ireland, an award winning alliance of over 95 not-for-profit organisations supporting Family Carers. His work with Care Alliance since 2004 has included bringing National Carers Week to Ireland, developing collaborative and impactful relationships with third level institutions in Family Carer research and establishing an online Family Carer support group engaging and supporting thousands. He has been actively involved in the international carers movement, initially with the establishment of Eurocarers, and more recently as a trustee of the International Alliance of Carer Organisations (IACO). He has qualifications in social work, youth and community studies, social research methods and most recently in Implementation Science. He has a particular interest in good governance and in bridging the gap between research policy and practice.