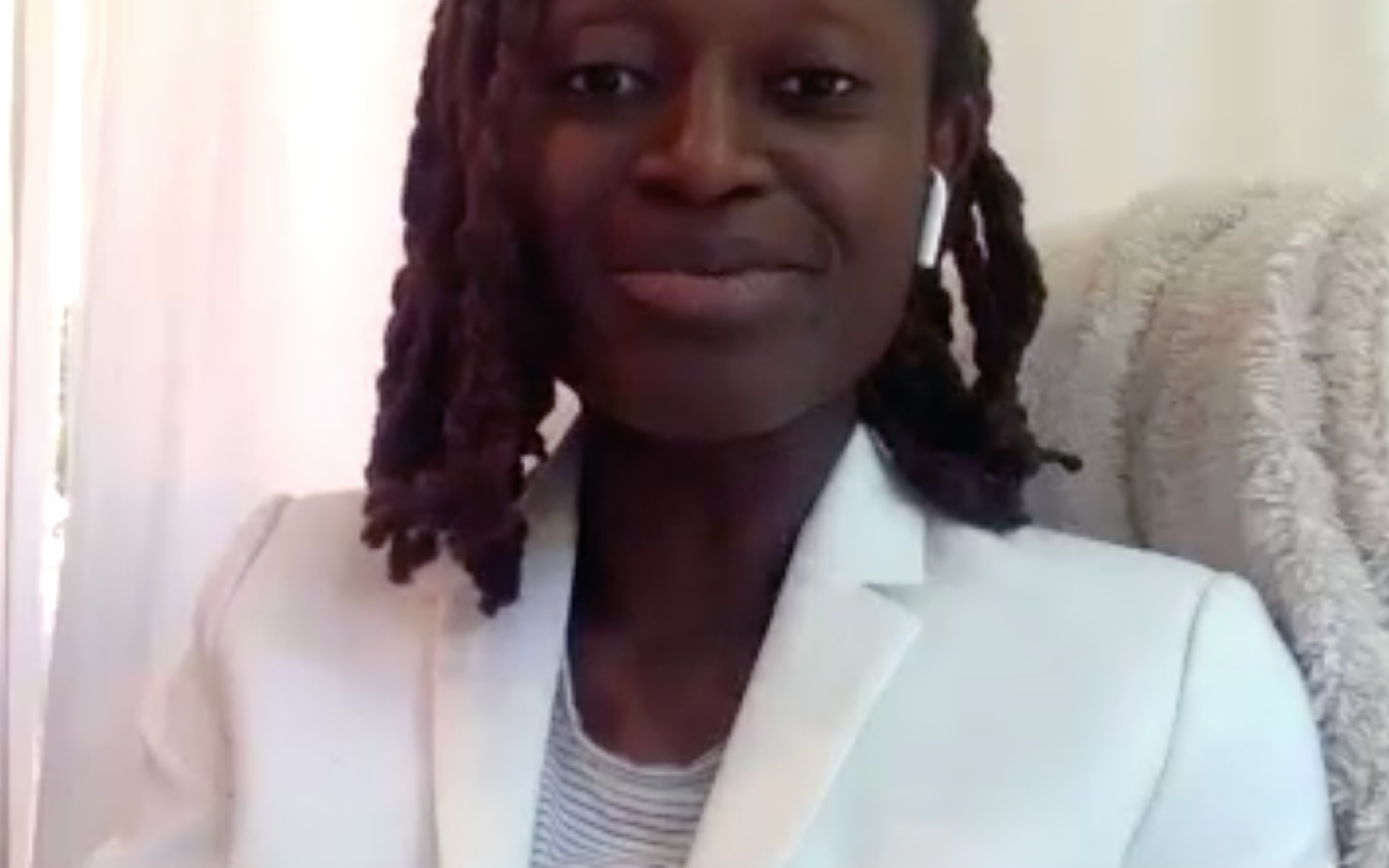 Abena’s husband was diagnosed with a brain tumor in 2013, shortly after she became pregnant with their first child. Her husband lived with his tumor for a little over four years before passing away. Abena did almost everything for him, from managing his medication to coordinating appointments, to discussing his care options. When her maternity leave ended, she was working full-time. She wasn’t sleeping, taking breaks, or going to the doctor herself, something she said she didn’t even manage to do until her husband had passed. She was unable to maintain her high intensity role at work and had to be moved to another position.

Respite, giving her and her husband time together without the kids to process what was happening, would have been a huge break for her. Abena thinks a regular check-in would have been helpful from someone who understood her situation, such as other wives of brain tumor patients. Abena believes that she could be that person for someone else now.

Abena sees herself as lucky for having her and her husband’s co-workers donate leave to them. However, she thinks employers need to be given a structure to offer caregivers options that fit their needs, so that the employee does not have to struggle to find a solution.

Abena received training to take care of her husband, especially when he was undergoing chemotherapy and taking steroids. Towards the end of her husband’s life, Abena wanted to bring him home from the rehabilitation hospital. In order to do so, she was taught everything from how to get him out of bed to how to administer his medication. She thought she was being taught these things as a back-up, but when hospice began, she realized she was expected to be a full-time nurse. At that time, she had to leave her job altogether in order to care for her husband. Abena feels that she cared for her husband in the way she wanted. She feels she did the best she could with the options available to her, and it was an honor for her to care for him.