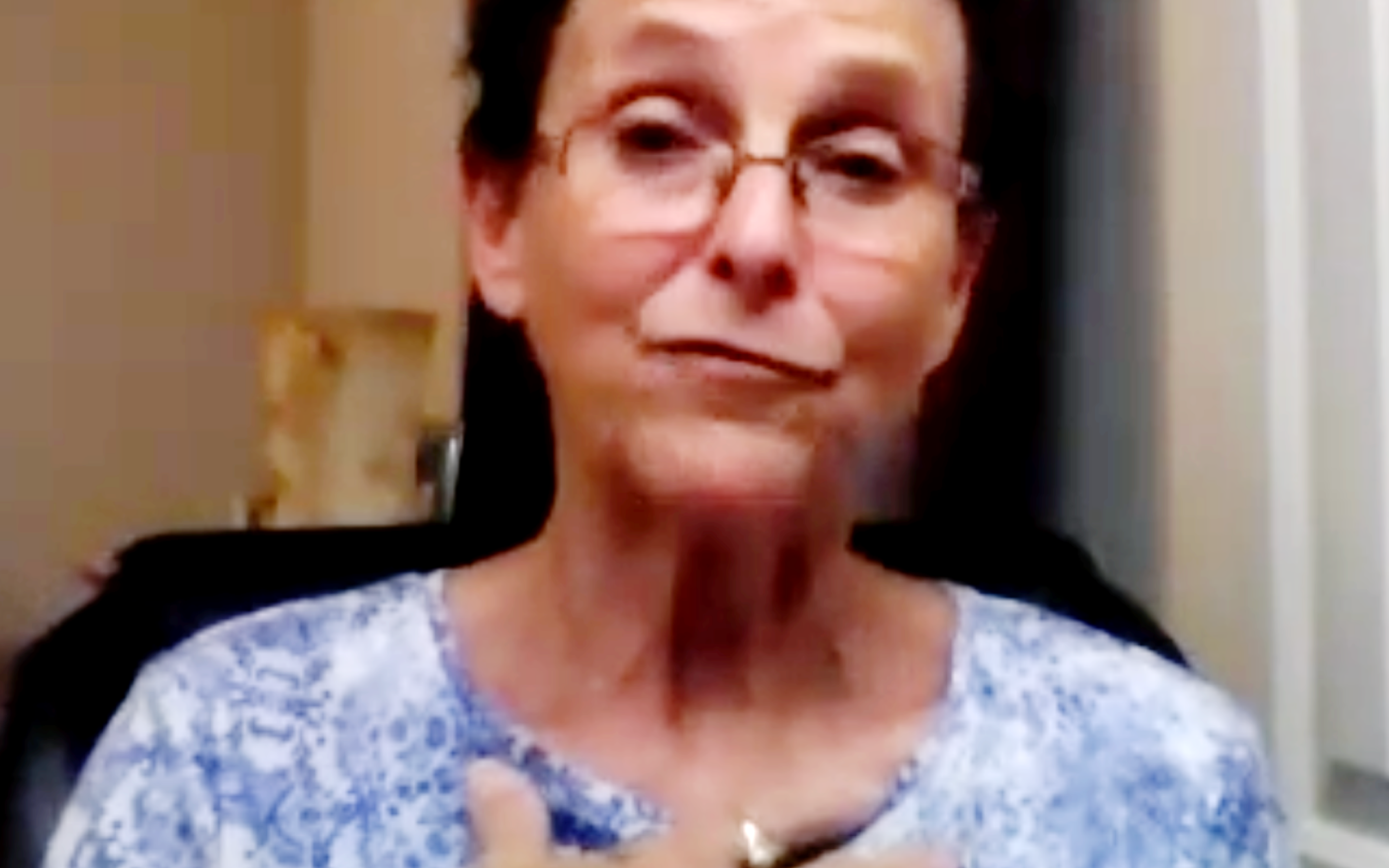 Sarah spent several years caring for her brother who suffered from cognitive decline, endured physical challenges, and was diagnosed with COPD. He used alcohol to cope with his conditions, which complicated the care Sarah provided. After her brother passed, Sarah realized his behavior was so time consuming that she overlooked early signs of her mother’s cognitive decline. It dawned on Sarah that she had become her mother’s full-time caregiver when her mother’s ceiling fan caught on fire, and rather than calling the fire department, she called Sarah. Sarah’s husband was diagnosed with early onset Alzheimer’s disease at the age of fifty-five. As a professional engineer, he knew he wasn’t his former self when he began to lose his ability to complete calculus equations that he could previously do in his head.

Now, Sarah is providing more than forty hours of care per week. Her caregiving tasks include bathing and toileting, preparing meals, providing transportation, administering pills and injections, and managing finances. Her caregiving duties prevent her from spending time with her grown children and grandchildren. As Sarah’s role as a caregiver demanded more of her time, she was forced to reduce her hours working as a school administrator. Eventually, she felt compelled to retire and leave the workforce entirely. Sarah’s stress as a caregiver is exacerbated by the dynamic of living with her mother, which is particularly difficult for her husband, causing Sarah further distress.

Sarah lives in a rural part of the country and she has long been discouraged by the lack of available services in her area. There are three general practitioners, but no specialists, and in her experience, general practitioners don’t know how to help her with the support she needs.

Her mother has assets which are tied up in the family property. While Sarah and her family realize they can sell her mother’s property to provide her mother with a long-term care solution, the land is a significant part of their heritage. Therefore, it is important to Sarah’s family that care for her mother remains at home as much as possible. If Sarah’s mother were to require nursing home care, Sarah and her family could lose everything in order to cover expenses.