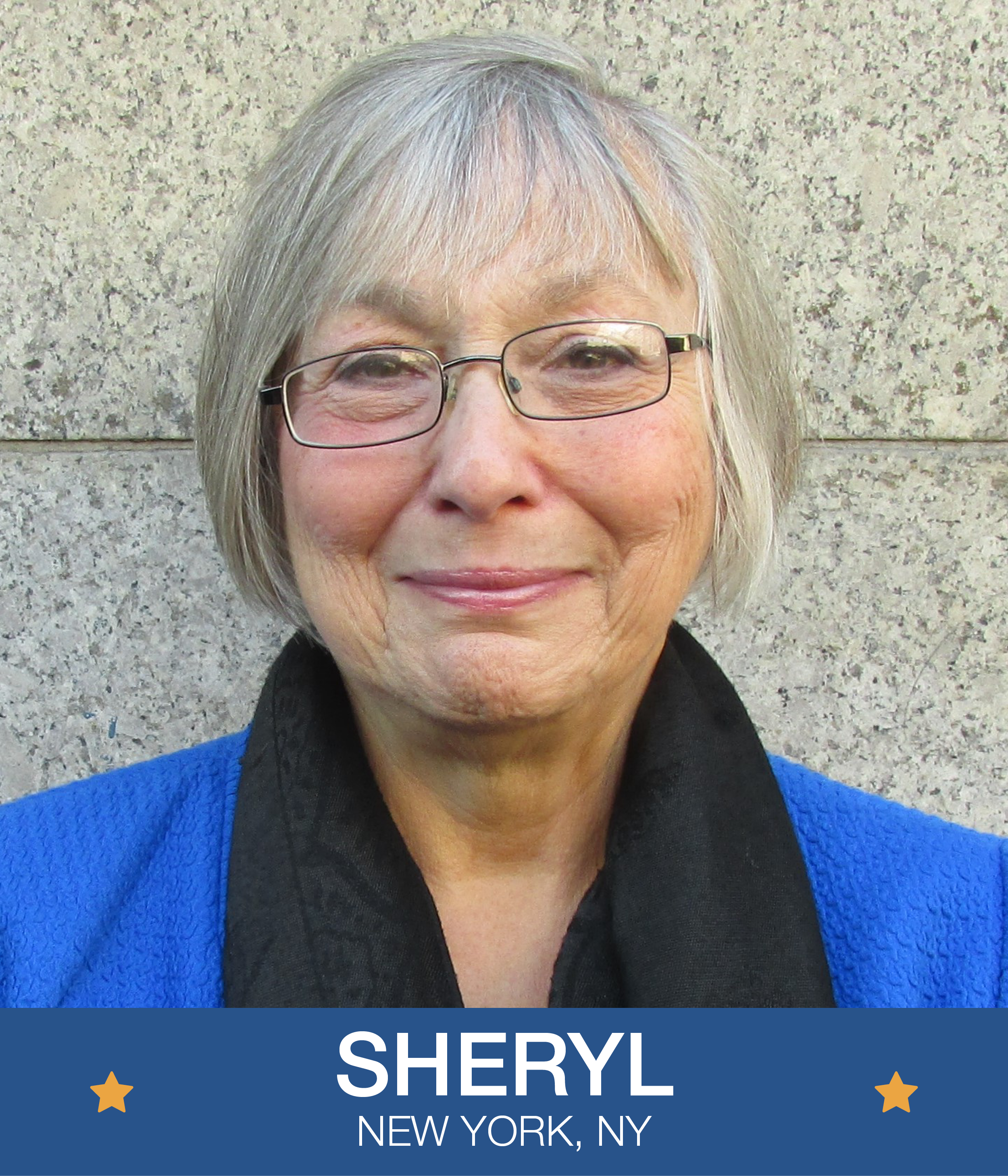 Sheryl’s husband has dementia and Parkinsonian symptoms. Sheryl does everything in the household from finances to house repairs and cooking, cleaning, and maintaining their way of life. Sheryl has found it hard to take over her husband’s duties as well as her own.

Two years ago, when her husband was officially diagnosed, Sheryl took over his finances and found unpaid bills and double subscriptions. When she attempts to change the name on their accounts over into her name, companies want to talk to her husband, which is not possible due to his condition. She must continuously fight to prove she is her husband’s proxy. She says she feels like a widow but without the authority becoming an actual widow provides. Like many individuals who come out as LGBTQ, Sheryl doesn’t feel safe revealing her sexual orientation. In her case, this includes to medical professionals, whom she worries will not take her or her concerns about her husband seriously in light of her sexual orientation. Carrying the weight of this worry, on top of caregiving, is incredibly stressful for her.

For Sheryl, caring for someone with dementia means you are on call 24/7, and it is beyond anything she said she had experienced as a mother. With a child, she could find breaks and alone time, but Sheryl doesn’t find this to be the case with her husband since she can never besure he will stay safe. There are locks on everything in the house.
Although Sheryl has used respite before, she also finds it very stressful because someone else is coming into her space. She has provided years of free service and care to her husband and feels the least that can be done is to make services easier to access, such as removing the red tape needed to get Medicaid. Sheryl has been told to hire a lawyer to help her, but she neither has the money nor the energy to make that happen.