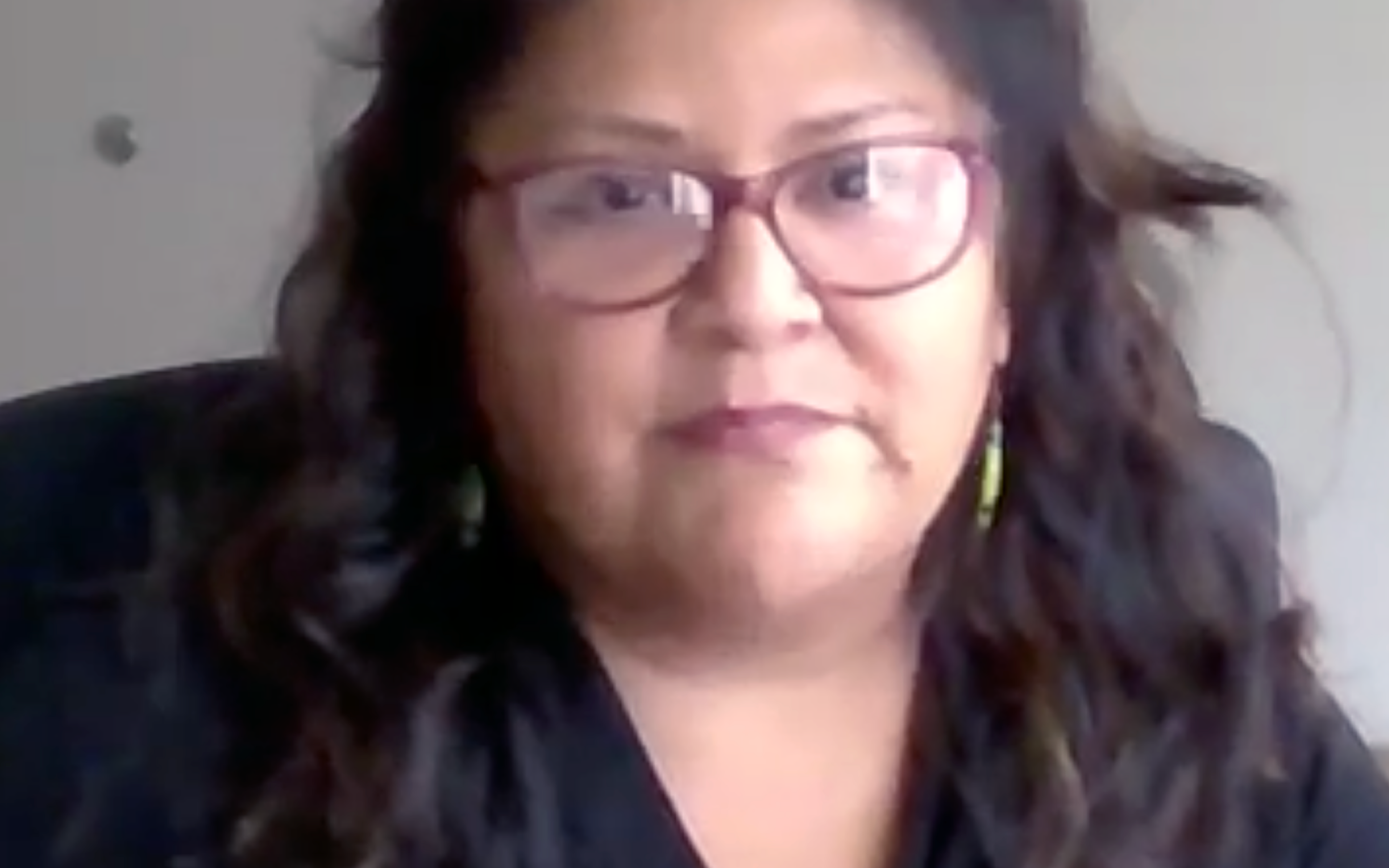 Zuzette and TeriLynne are from the Gila River Indian Community and have cared for their aging parents, as well as their own children, two of whom have chronic conditions. Zuzette is the primary caregiver for her and TeriLynne’s mother, and supported their mother in the care of their father until his death in June 2020.

In 2013, Zuzette and TeriLynne’s father was diagnosed with dementia – their mother was his primary caregiver, but they were both in their 70s. Zuzette realized she needed to help her mother care for her father in order for her mother to stay as healthy as possible. In 2019, her mother was hospitalized with a liver disease. After that event, Zuzette’s responsibility increased as she needed to make and attend both of her parents’ doctor’s appointments and help with transportation, medication management, and all other household needs. While her father was moved to an assisted living facility, Zuzette continued to care for her mother.

Zuzette and TeriLynne’s parents live on the tribal reservation, but TeriLynne lives 35 minutes away. She tries to balance caregiving responsibilities with her sister, Zuzette, who lives closer to their parents and often handles more caregiving tasks. This often leaves Zuzette feeling overwhelmed and TeriLynne feeling guilty. They feel caring for family members is a valued part of Native American culture.

TeriLynne has struggled balancing work with her caregiving duties. In the past, TeriLynne had to take a lot of time off to care for her parents, leading her supervisor to write her a bad evaluation. Fortunately for TeriLynne, her supervisor has now had her own caregiving experiences and is better prepared to understand and support TeriLynne’s challenges.

TeriLynne feels the hardest part of being a caregiver is learning how to be a caregiver. She wants employers to learn how they can better support employees who are caregivers with benefits, such as paid leave, flexible work schedules, and work-from-home options. TeriLynne also wants caregivers to have more access to educational trainings, so they can feel more confident in their role. Caregivers “run and run – they never know where the finish line is” and to succeed they need more educational opportunities, and physical and emotional support.

Zuzette didn’t realize she was a ‘caregiver’, and not just a daughter helping her parents, until she attended an Older Americans Title VI conference and took a quiz designed to identify caregivers. The conference changed her perspective – she realized that money had been delegated to support caregivers like herself, and it made her want to share that information with other people in a similar situation. Since then, Zuzette has done extensive research on resources available in her state. She feels there should be one agency dedicated to assisting caregivers; this ‘one-stop’ agency could provide support, connection to needed resources, and planning services for caregivers to financially and emotionally prepare for next steps.

Zuzette’s caregiving journey has been physically and emotionally tiring, but she feels that it’s important to make her parents’ well-being a priority in her life. Recently, Zuzette became ill and her doctors told her it was due to dehydration, not eating well, and not exercising. Now, Zuzette is trying to balance the need to care for herself with her caregiving tasks.