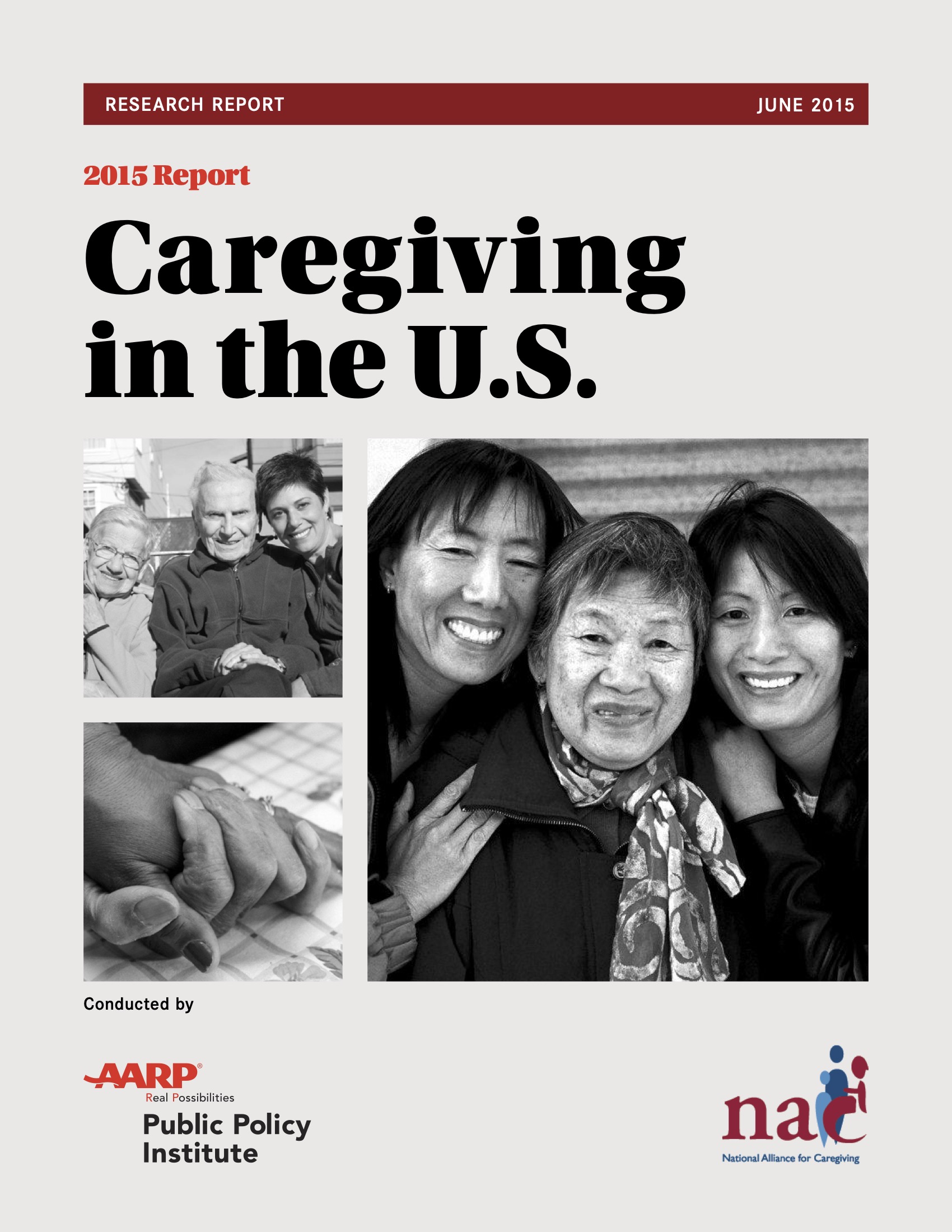 The purpose of this study is to present a portrait of unpaid family caregivers today. To that end, the National Alliance for Caregiving (NAC) and the AARP Public Policy Institute are proud to present Caregiving in the U.S. 2015, based on data collected in late 2014.

A national profile of family caregivers first emerged from the 1997 Caregiving in the U.S. study. Related studies were conducted in 2004 and 2009 by the NAC in collaboration with AARP. This study builds on those prior efforts, but was conducted against the backdrop of a societal shift in technology,2 requiring a shift to online data collection. 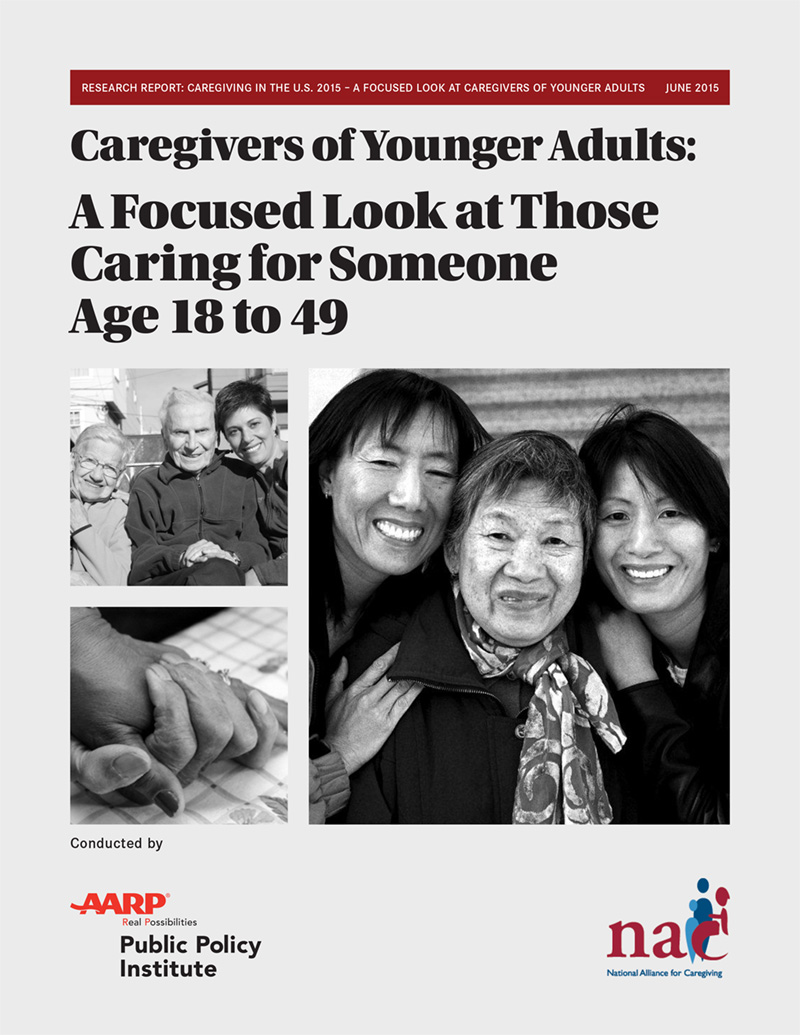 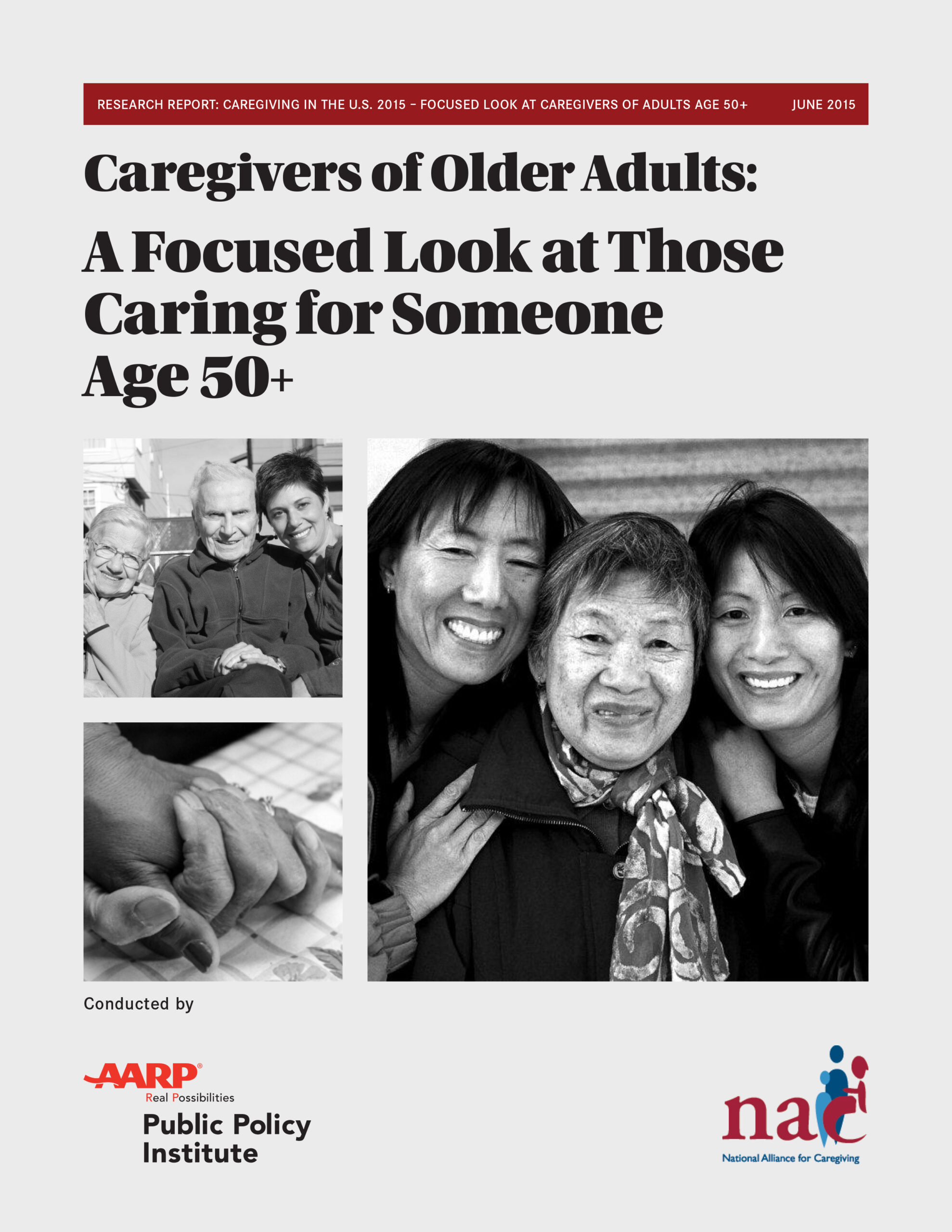 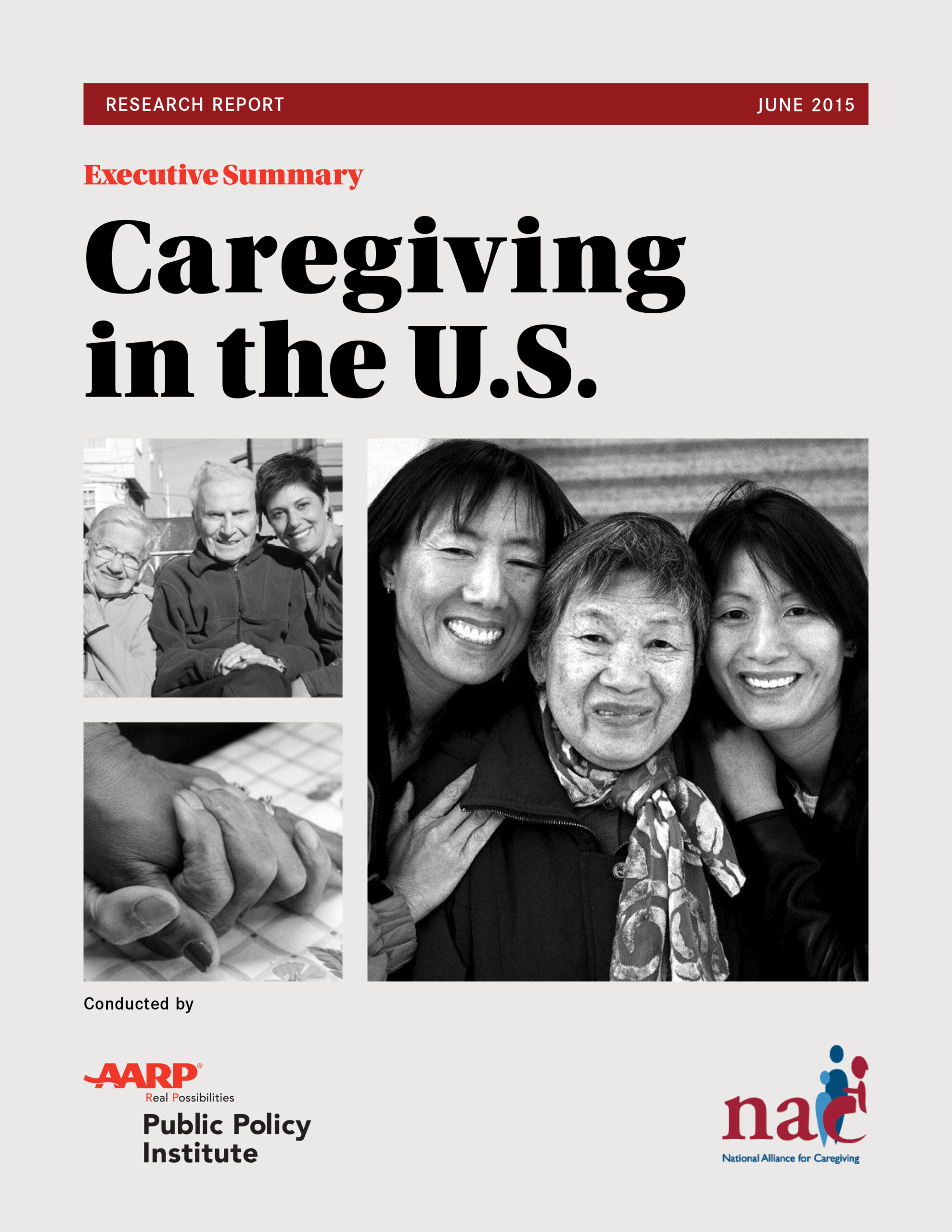 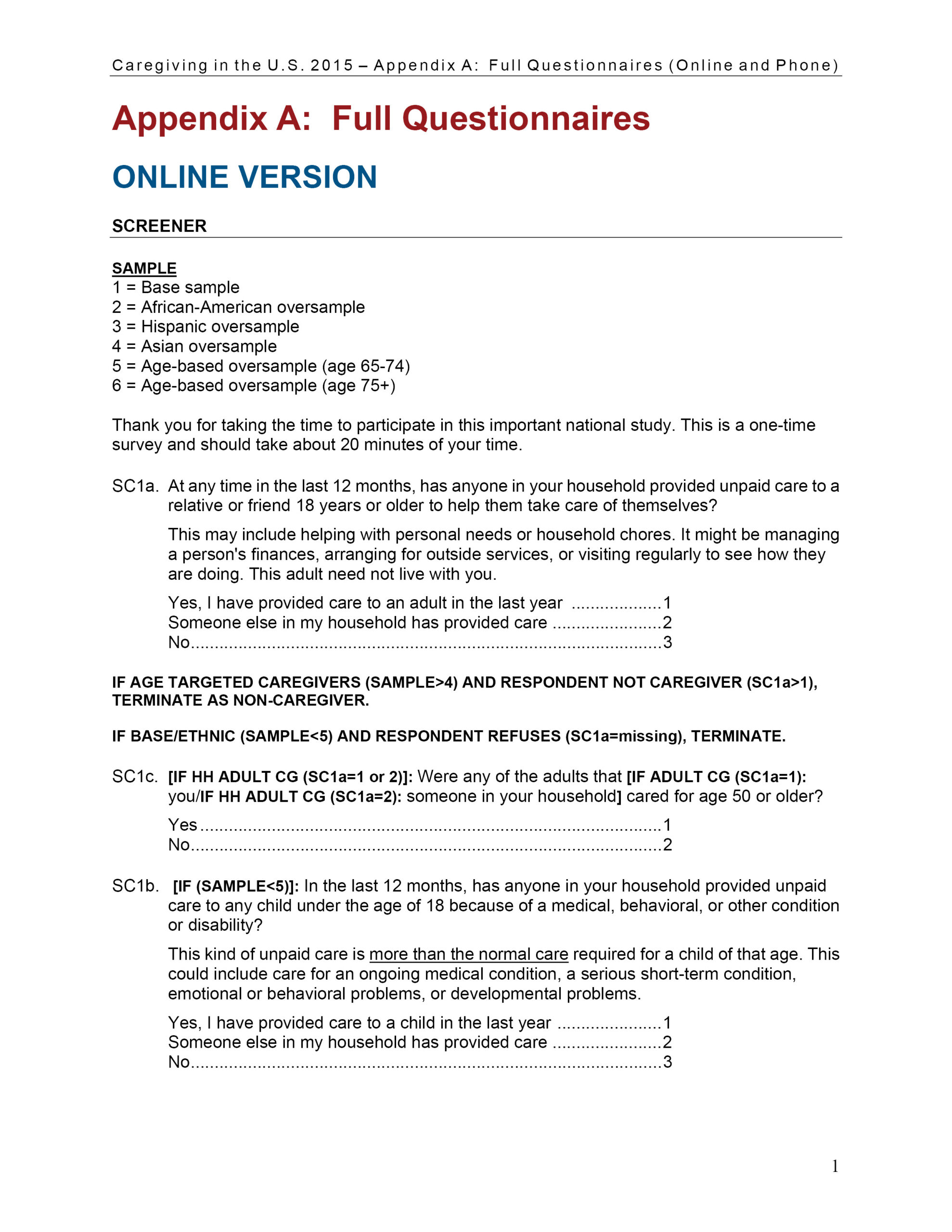 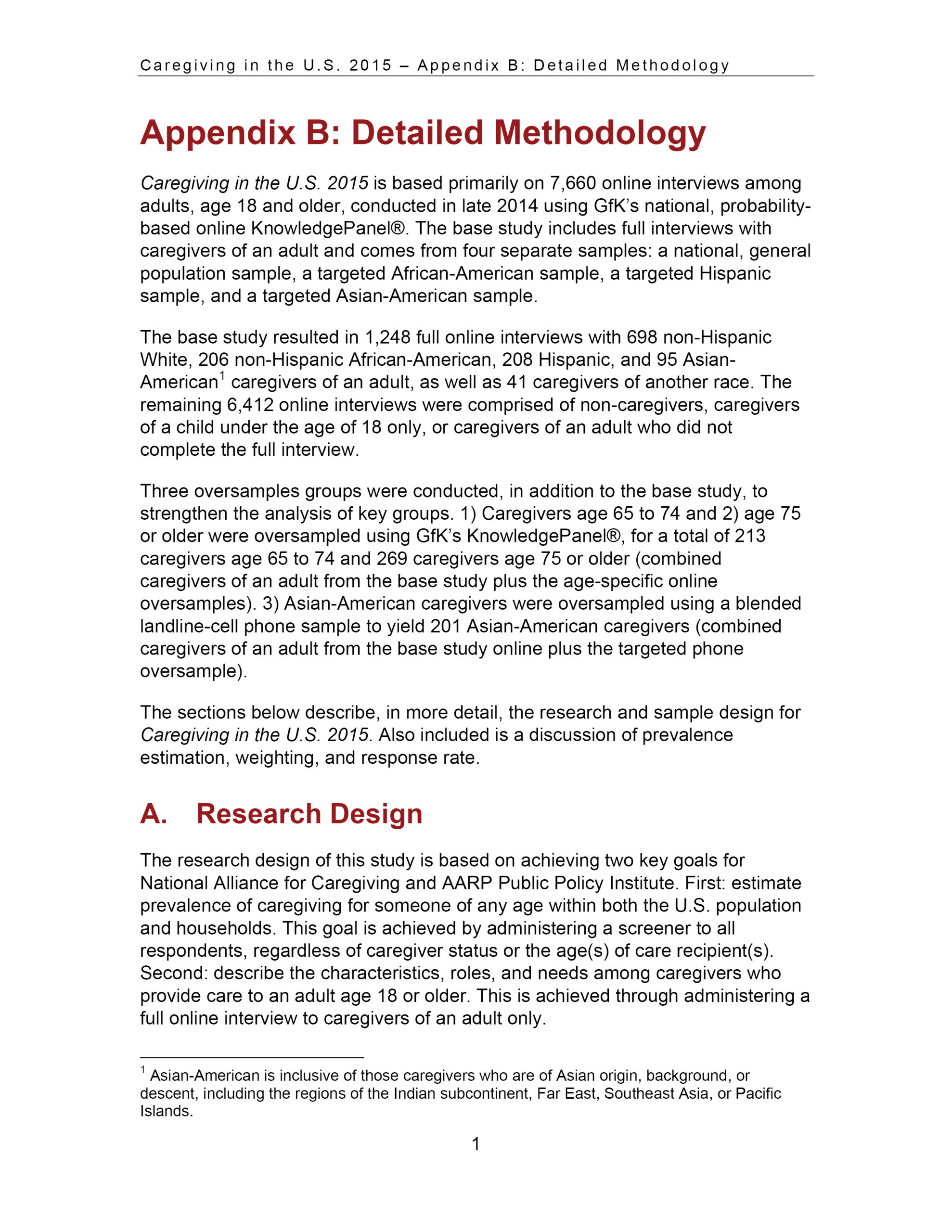 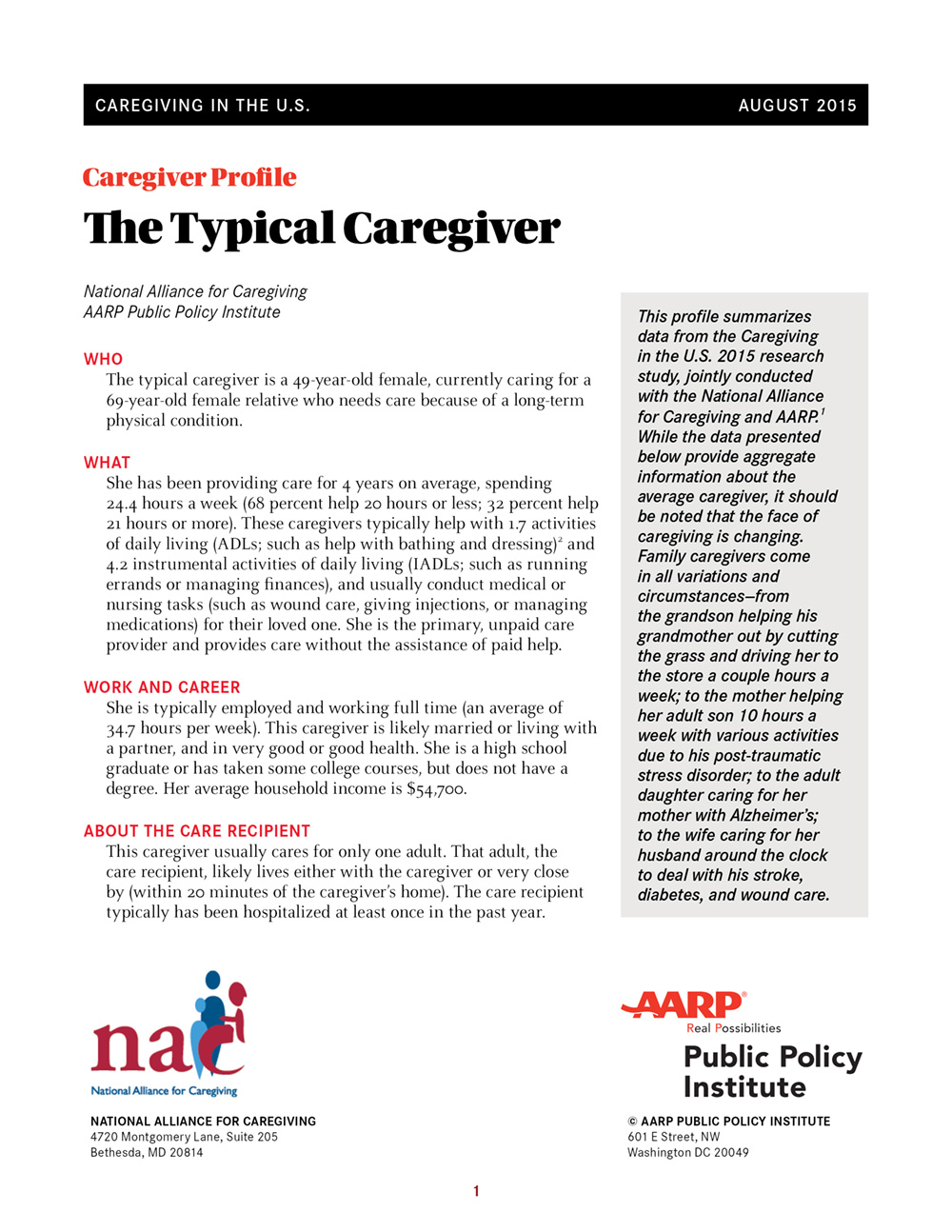 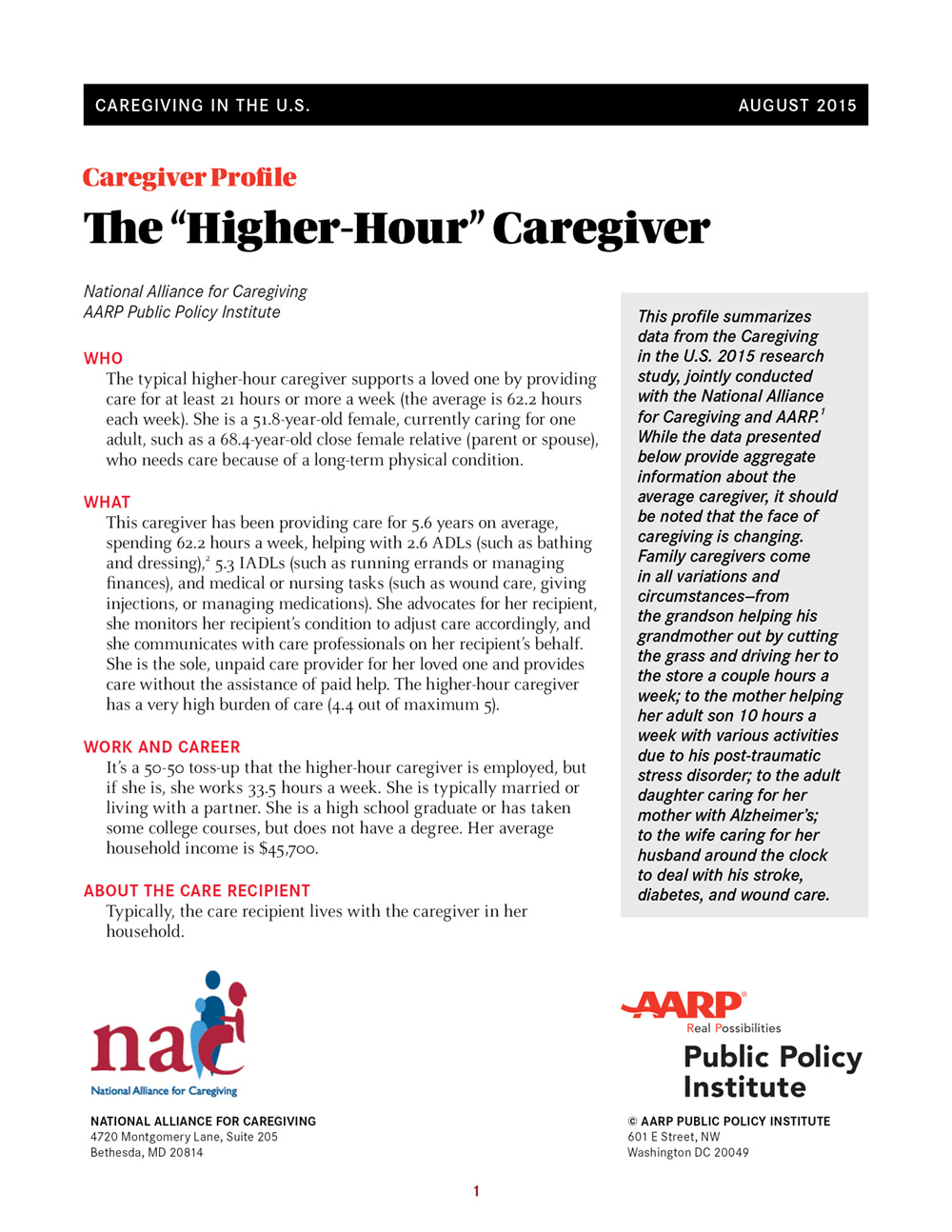 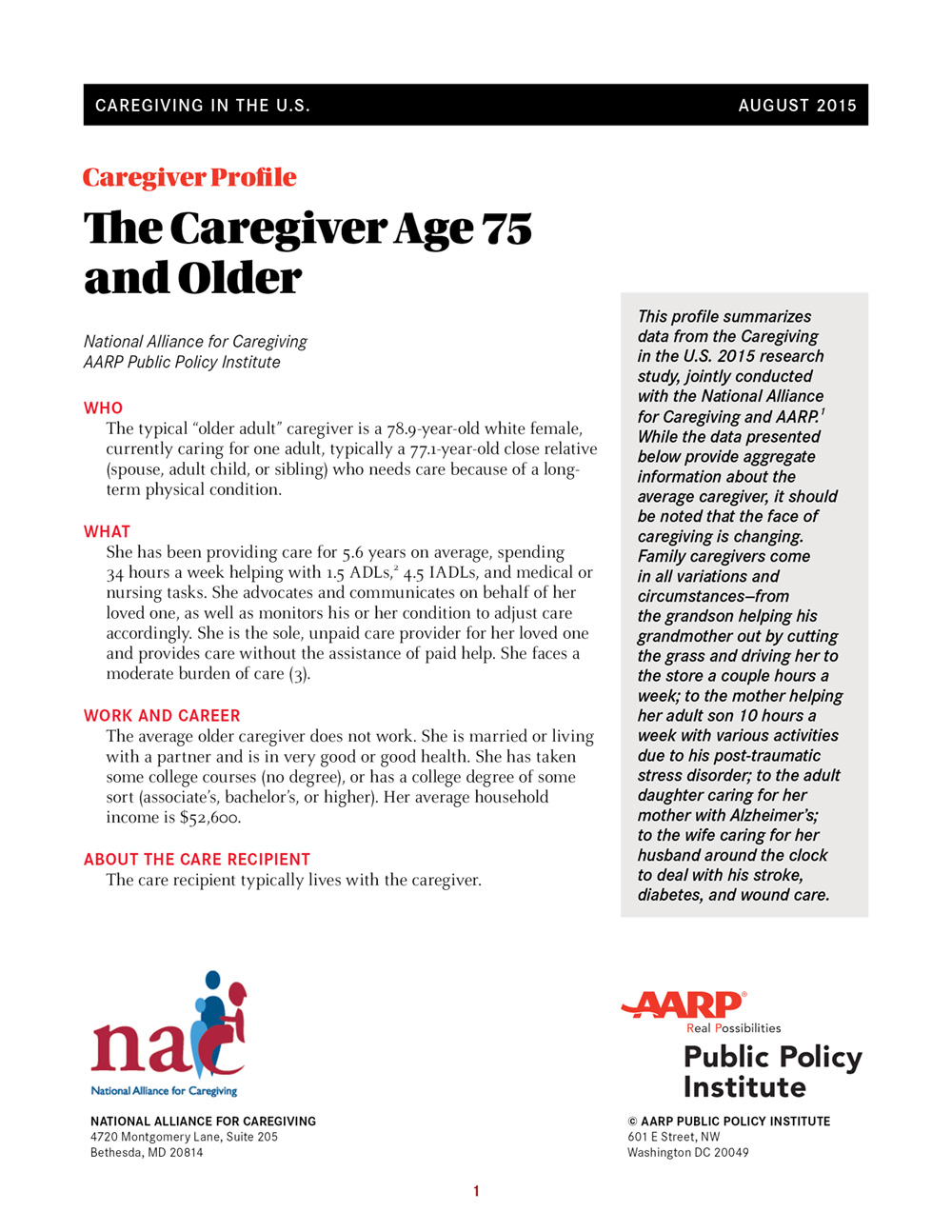 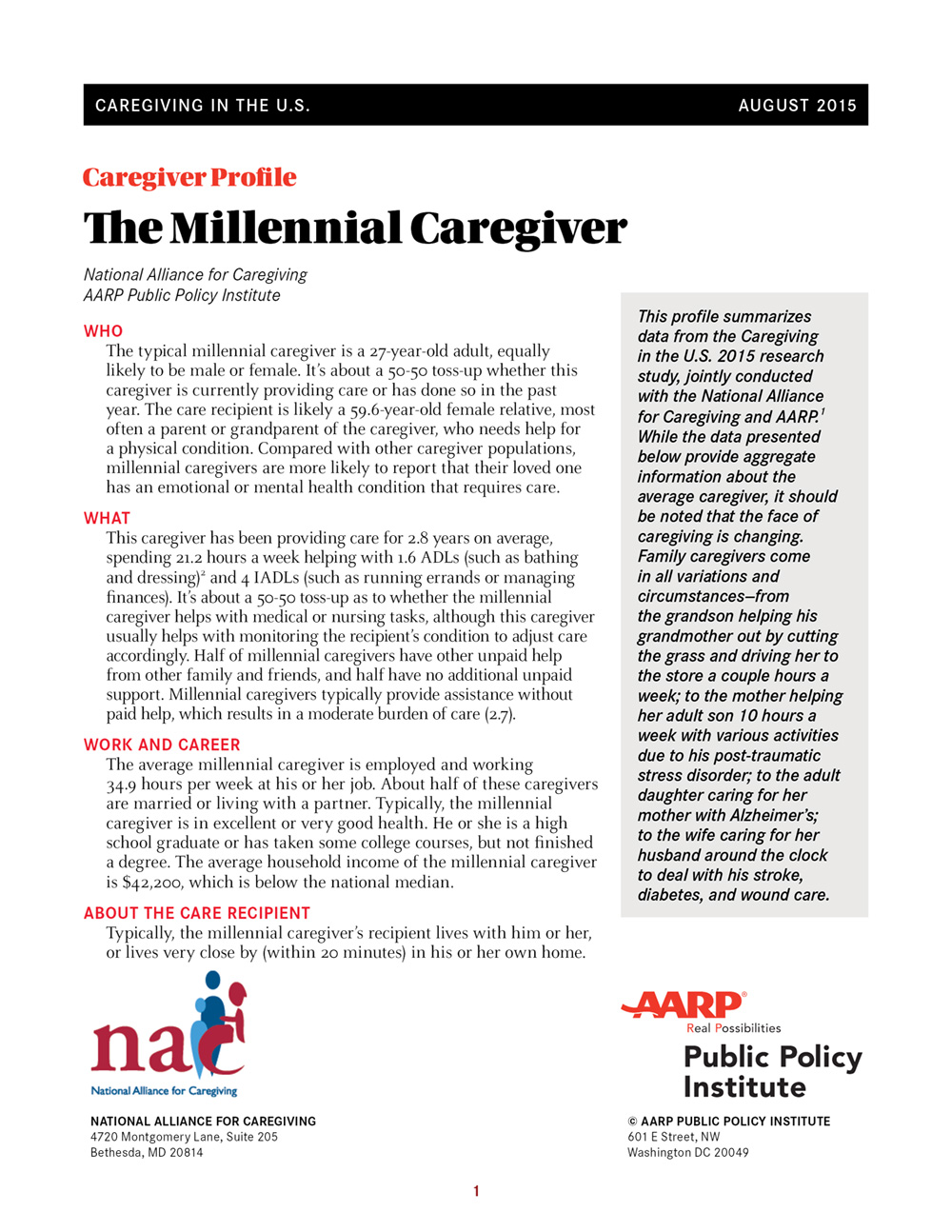 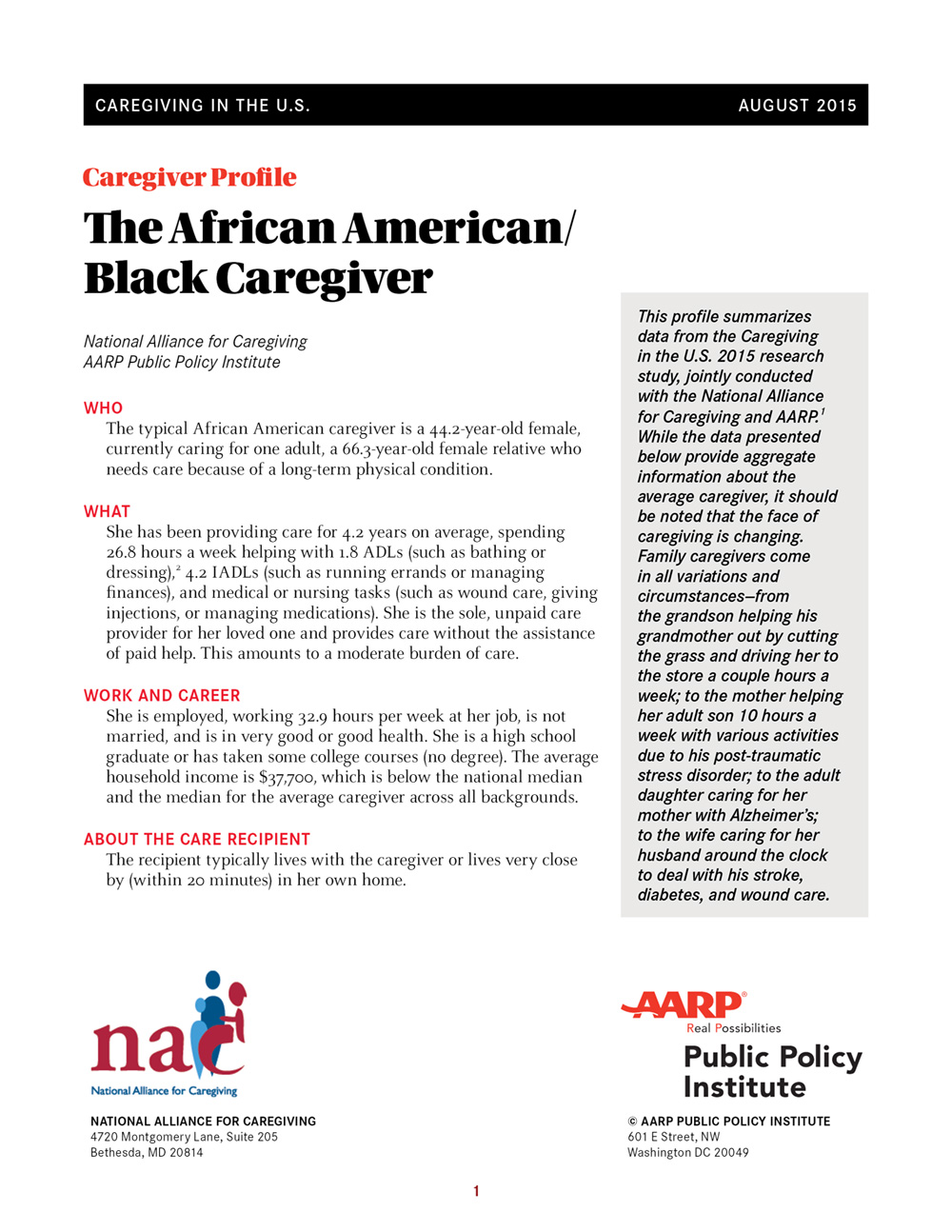 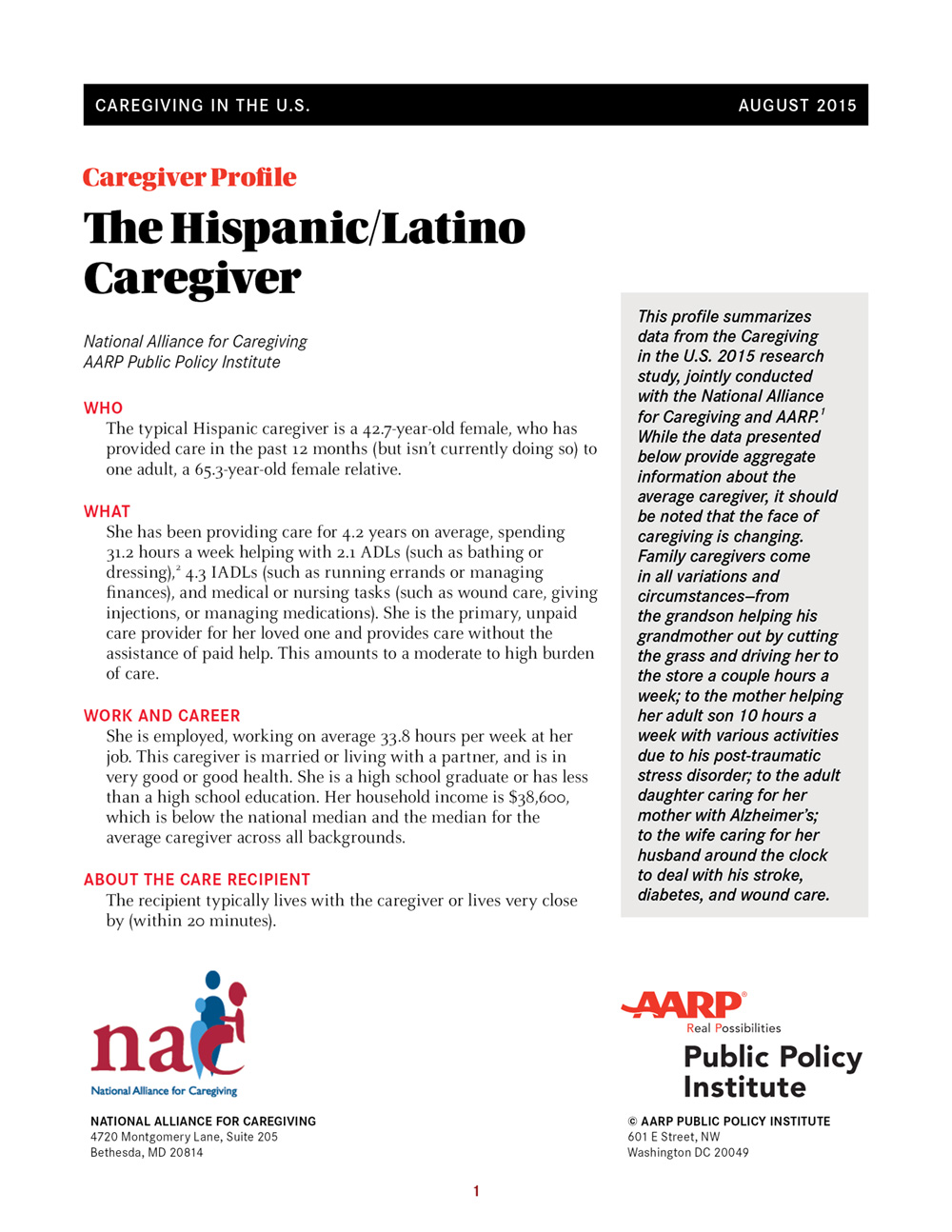 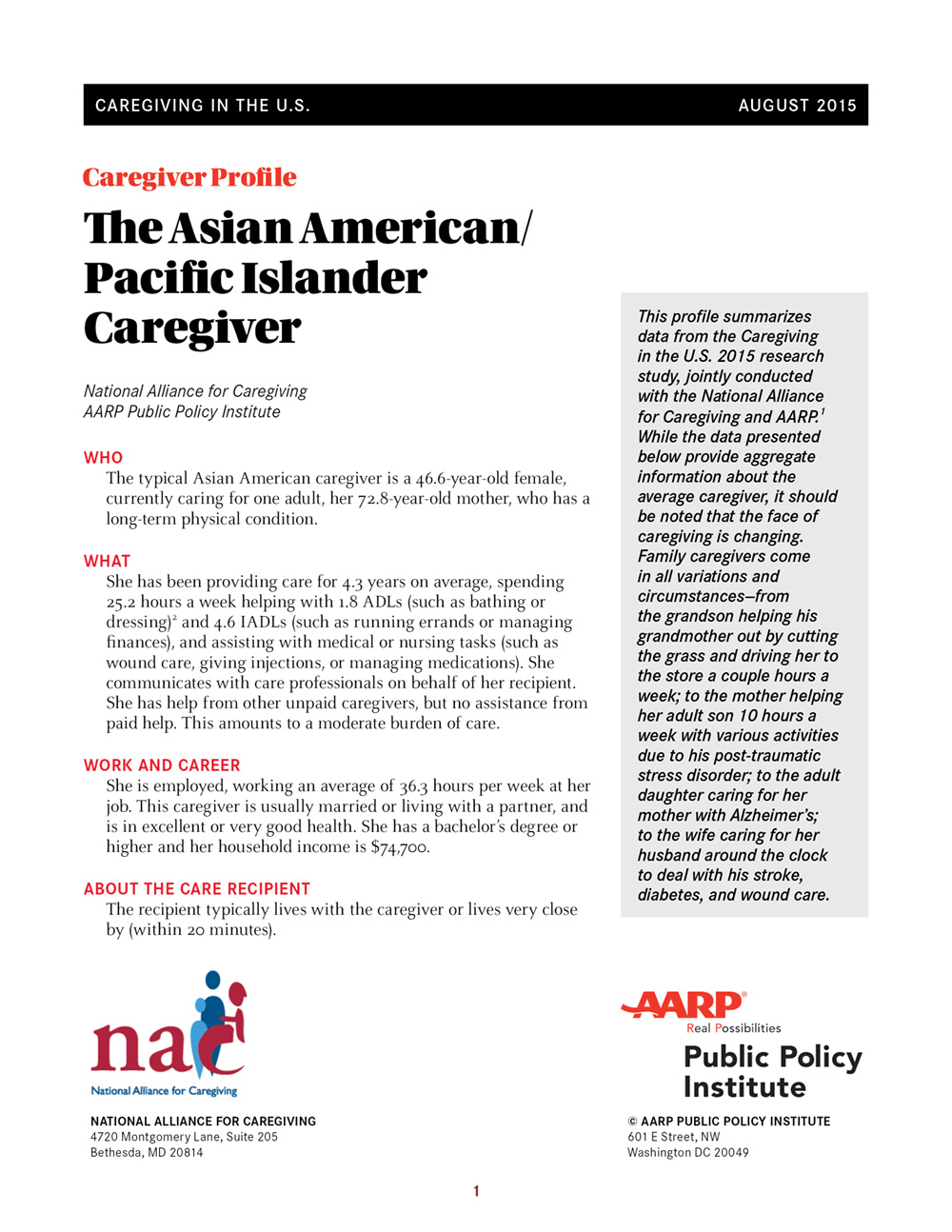 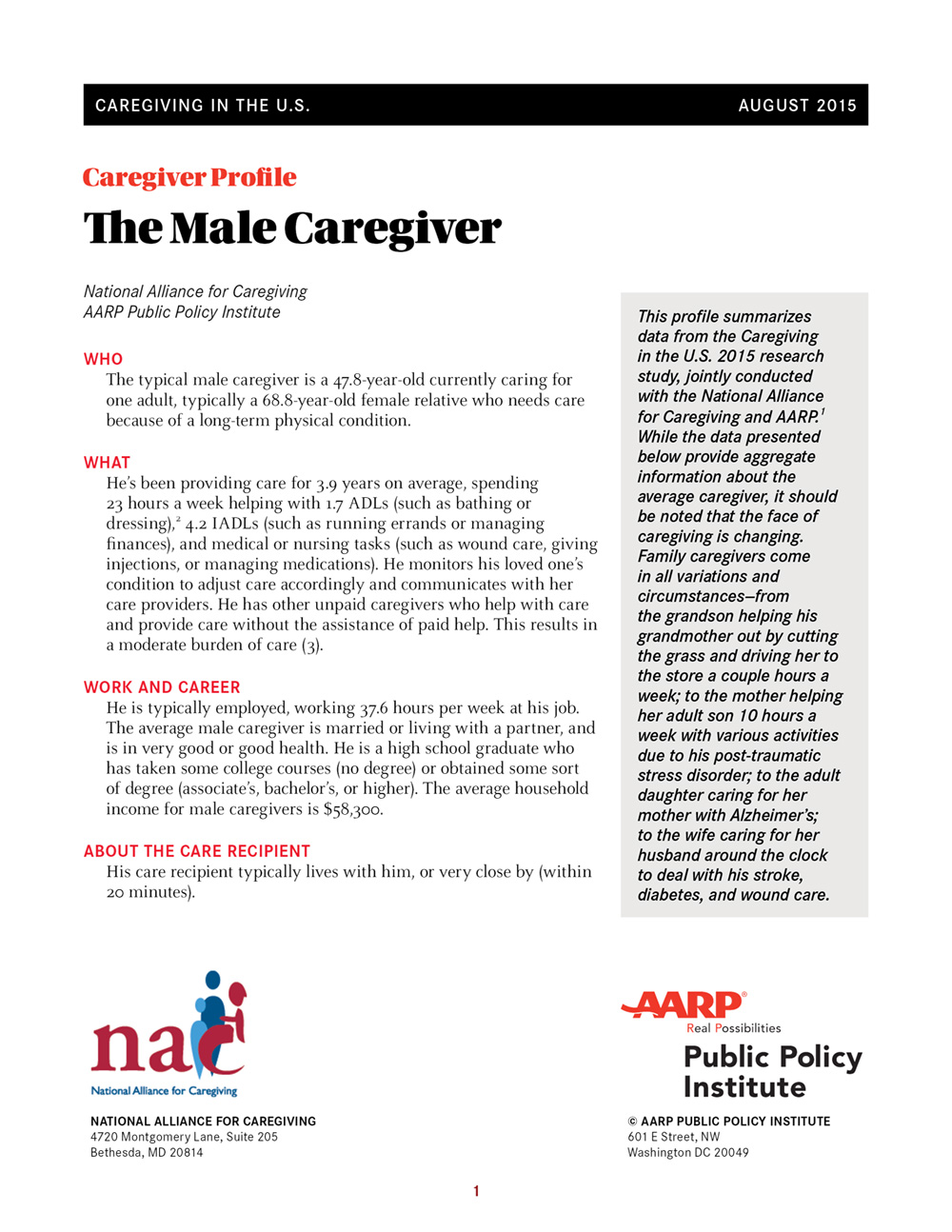